Hello,  It’s been a while since I’ve paid any attention to this site.  My most recent posts mainly had to  do with music I produced with my brother which ended up in a CD titled “Dancing With Death”.  Given the title, it is not surprising that thousands of people have been eager to listen to this music (just kidding).  Over the past six months or so, I have found myself trying to make sculptures consisting of found rocks, stones, sticks and other natural materials.  I’ll probably write more about this later, but one of the factors leading to this new interest has been the amazing results of my wife’s succulent growing practice.  Below is an article from SDVoyager, an online magazine that features the work of artists in the San Diego area.  The article describes how our garden has become sort of a  collaborative art installation and includes eight pictures.
OCTOBER 19, 2018 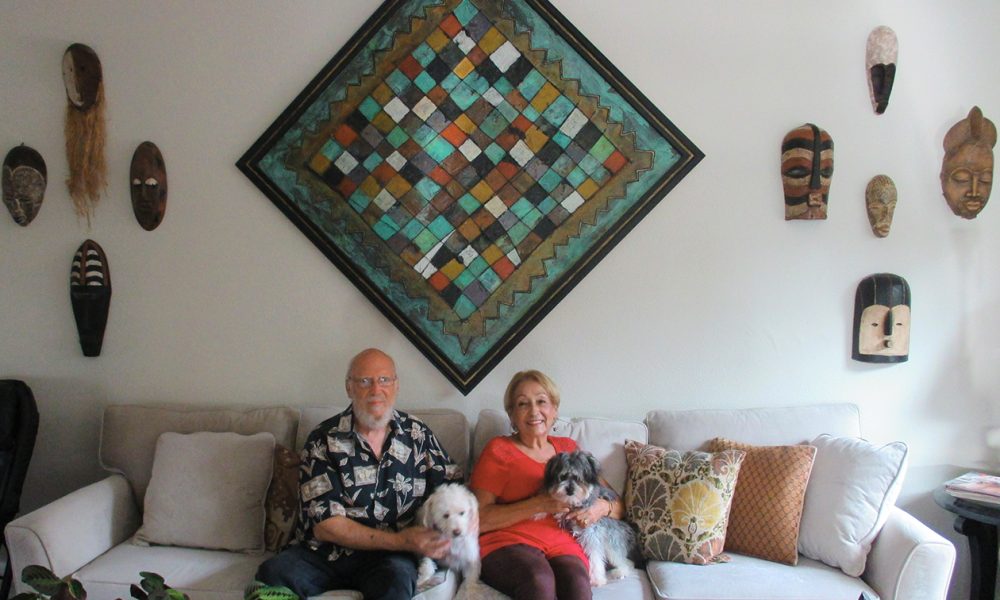 Today we’d like to introduce you to Steve and Cherie Wilson.

Steve and Cherie, let’s start with your story. We’d love to hear how you got started and how the journey has been so far.
All throughout our 53 years of marriage, Cherie and I have dabbled in various arts and crafts; primarily as a way to balance out our left-brain oriented jobs (Steve as a college professor and Cherie as a teacher and CEO of various organizations). I played drums in bands most of my life but also experimented with photography, metal sculpture and most recently, painting. Cherie has immersed herself in creating pottery, stained glass and jewelry. Although we sometimes worked in the same mediums and supported each other, we usually worked independently.

Over the past 3 years, however, our creative efforts have become more of a collaborative process, and our garden has become our “art” piece. What might be considered an outdoor art installation, our garden includes pieces of art produced earlier in our lives, items from other artists and newly created pieces, many of which are living. More importantly, our orientation to the creative process has changed to what might be called an “art for art’s sake” perspective; that is, being less concerned about how what we create is viewed by others, but working for the intrinsic rewards of creating something together.

Several things led to this shift in how we practice art. When we retired to California in 2003, I decided to take some painting courses, despite the fact that I was scared to death of the idea of painting. Cherie started taking classes offered by the Vista Gem and Mineral Society and ended up teaching classes for them and began producing jewelry at an astonishing rate. After several years of classes, I was displaying abstract paintings in various shows and galleries around North County, and Cherie was selling her jewelry to friends and neighbors.

In 2007, our son Andy and his wife Jen opened a wine bar in Carlsbad and invited us to display and sell our art in the store. The shop remained open until 2011, and we were quite pleased with the chance to share our art with the public and make enough income to finance our creative pursuits. When the shop was sold, neither of us felt like we wanted to seek out other venues for selling our art and, although we did do some commissioned pieces, most of our art was produced for gifts and as donated pieces for fundraising purposes.

Then in 2014, we decided to downsize to a single story house that was approximately half the size of the house we were living in. After about six months of focusing on the interior renovations, we were ready to tackle the lackluster yard. Despite the fact that the yard mainly consisted of a lot of bad grass and a couple of bushes, we saw it as an empty canvas presenting unlimited potential. With comparatively less wall space inside the new house, I had relegated a large number of my paintings to a storage shed.

So, early on, we made the decision to coat many of these extra canvases with polyurethane and hang them on the outside of the house and the fences that surround it.

At the same time, Cherie started propagating succulents (with the same vigor she had previously poured into jewelry-making) and began planting them in newly established beds around the property. Cherie had established gardens in all of the places we had lived previously, but she was excited by the idea of working with plants that would grow all year round and with minimum water use. The placement of the new plants was designed to enhance or complement the existing artwork.

A new concrete sidewalk was poured surrounding hand-made stepping stones we had embedded with old jewelry remnants and other found objects. Then a friend offered us a bunch of African masks and wooden sculptures that we weatherproofed and placed in the emerging garden/installation. At the time, I was engaged in producing music on my computer and not creating much in the way of visual art, but I was very much enjoying the fruits of Cherie’s green thumb. Then one day I was taking a break from the computer and just walking around the yard and was overtaken by the emerging Gestalt of the garden.

The various succulents reminded me of “primitive” sculptures and seemed a perfect compliment to the African objects we had placed in the garden. Also, most of the paintings hanging in the garden have an “ethnic” or “primitive” quality to them. The beautifully complex succulent sculptures, created by Cherie, seemed to call for simple or more “primitive” forms to compliment them. Suddenly, I sensed some unifying theme to what was evolving in our garden and a vision of how I could contribute. Soon after, I began producing what might be considered ritual objects (totem/fetish-like sculptures) of various sizes that were inspired by the vibrations of the garden and are now scattered throughout.

Most are made of rocks, bamboo, feathers, hemp, and other natural materials. For the first time in my life, I find myself producing art pieces with almost no concern about whether others will appreciate them or not. Each object has a special meaning for me, and many are directly inspired by a particular arrangement of succulents created by Cherie. Rather than thinking of these objects as separate art pieces, I see them as contributions to the garden art installation as a whole. In turn, the placement of Cherie’s plants, in pots and in the ground are inspired by the objects of art, both old and new.

As new sculptures are formed, and as plants grow, the garden becomes an ever-changing labor of love that constantly calls for collaborative efforts on our part. We call it “Eureka Gardens” because visitors say that it evokes a playful sense of discovery. Although there is no desire to reap commercial rewards, we, like all artists, are eager to share their efforts with others and hear about how they experience the garden. In addition to several rabbits and many birds who visit daily, we often provide informal tours for neighbors, door to door vendors and delivery people who express an interest in what we are doing.

In the past year and a half, the garden has also provided a backdrop for three fundraisers, two home concerts (one featuring my band Retro G.A.S.), two tours by local garden clubs, a meditation retreat, a shamanic drum circle, and many private parties. Next up is “Show and Tell in the Kinder Garden” an event where participants will bring objects to be displayed in the garden and offer insights as to how it expresses their “inner kindergartener.”

Has it been a smooth road?
Well, collaboration requires letting go of one’s personal vision and compromising; this is especially challenging for artists.

However, we have found that the final product usually turns out to be better than what either of us could have imagined on our own. Also, we are constantly challenged by change. Plants grow, and new art objects present themselves requiring rearranging of the space.

Each day we see new ways of shaping the garden. It has become an art piece that is never finished, thus offering us endless creative inspiration.

So let’s switch gears a bit and go into the Eureka Gardens story. Tell us more about the business.
We sell art but are most proud of simply providing enlightening and meditative experiences when people visit Eureka Gardens.

How do you think the industry will change over the next decade?
Who knows where all of this will go. 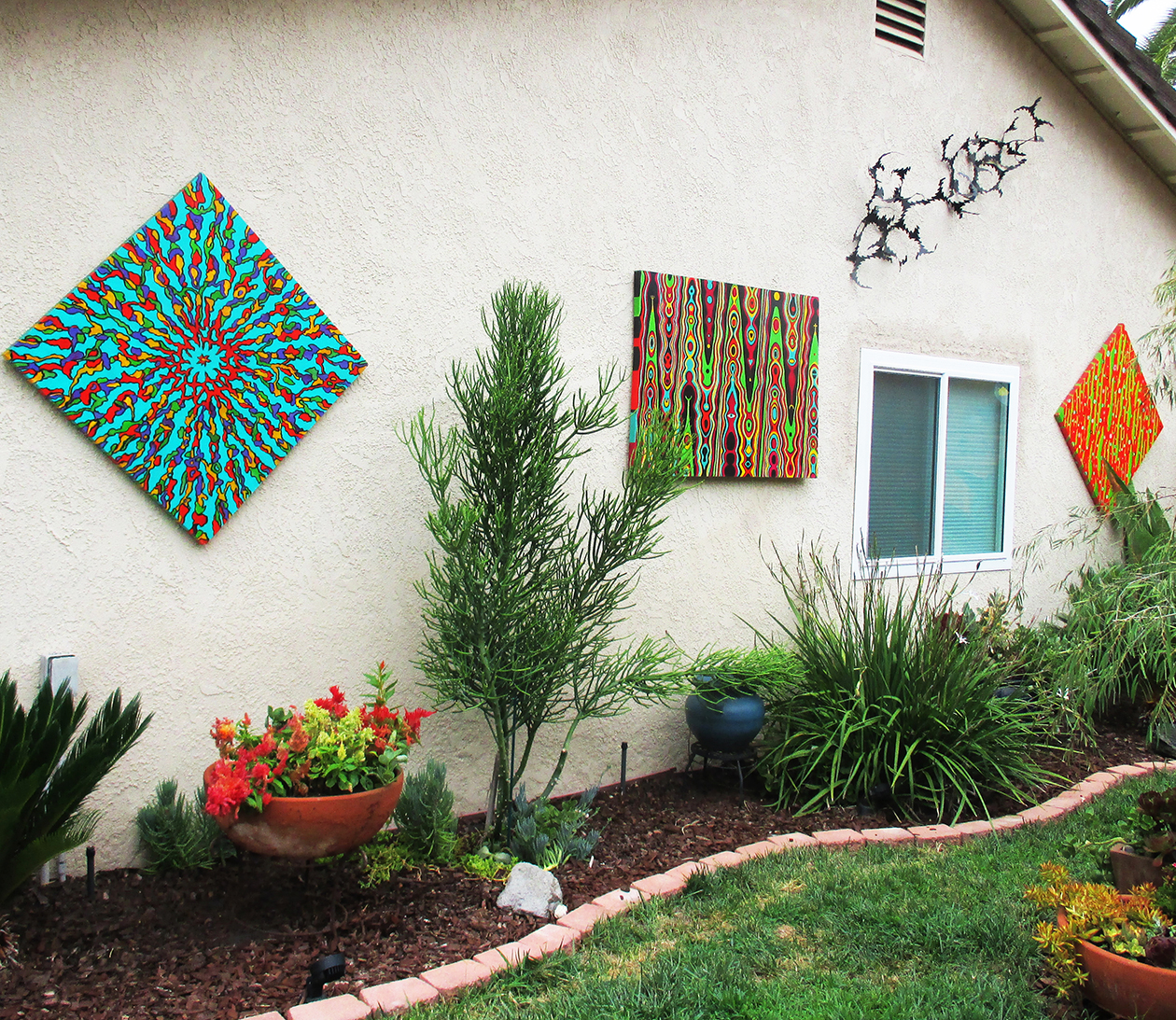 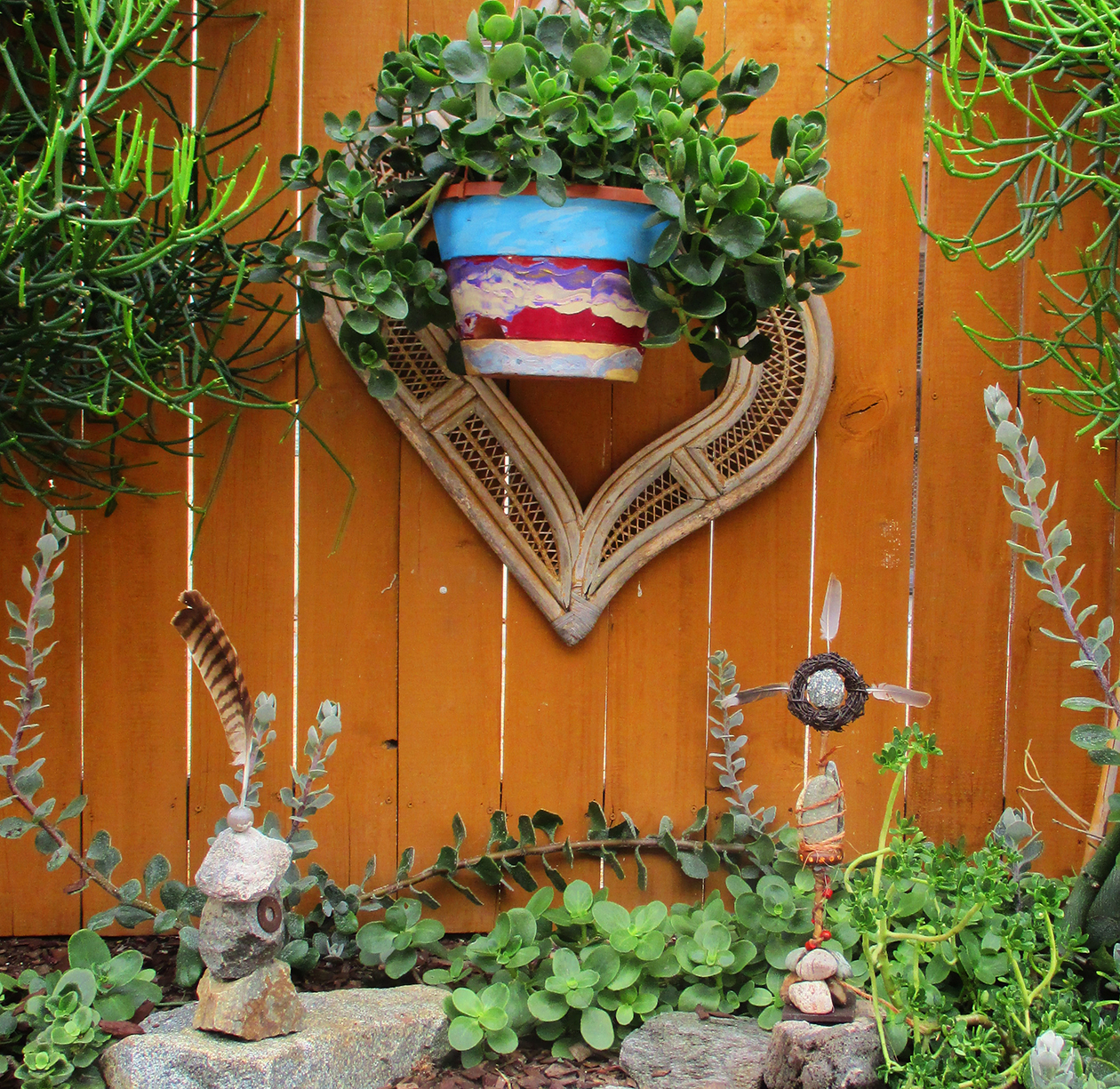 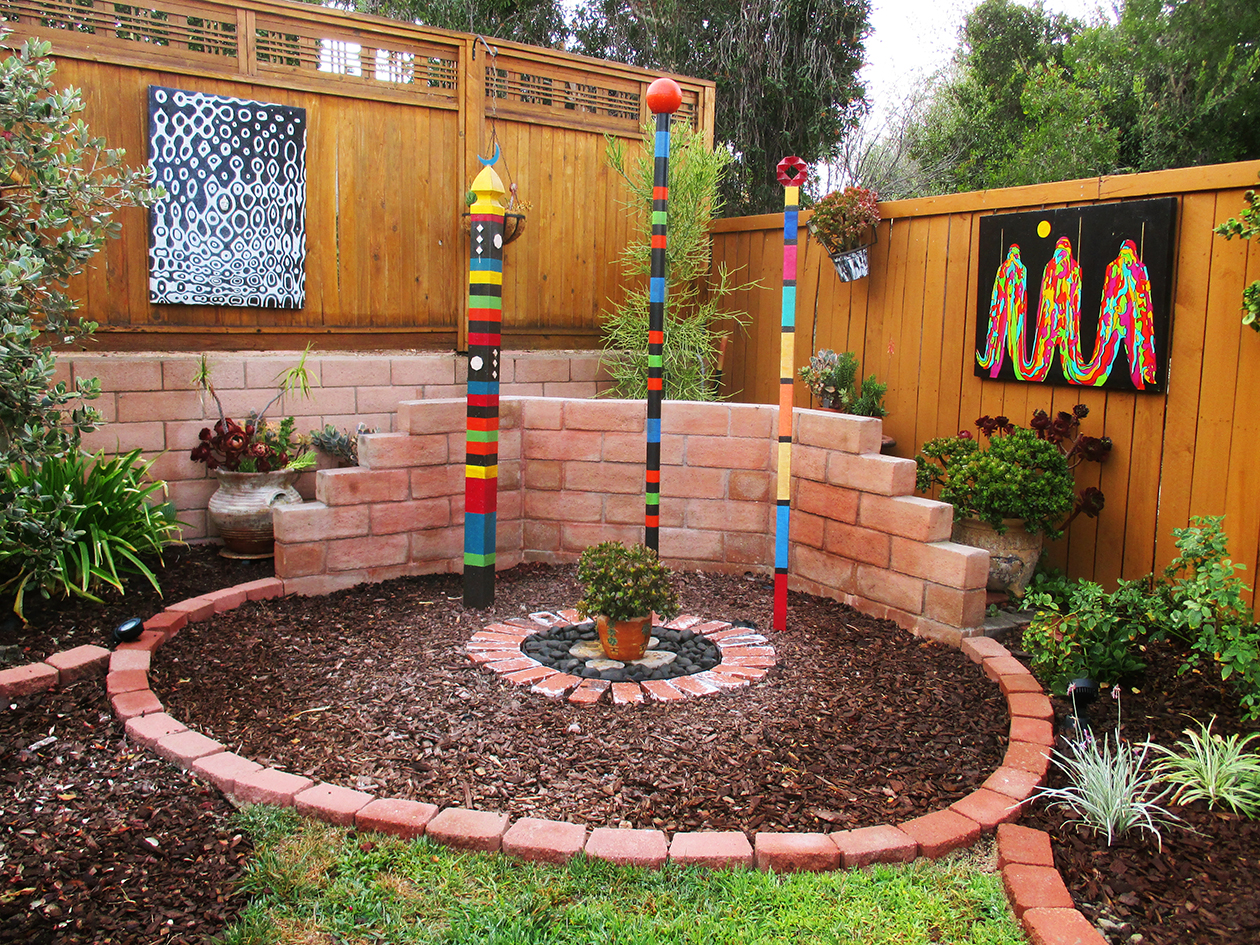 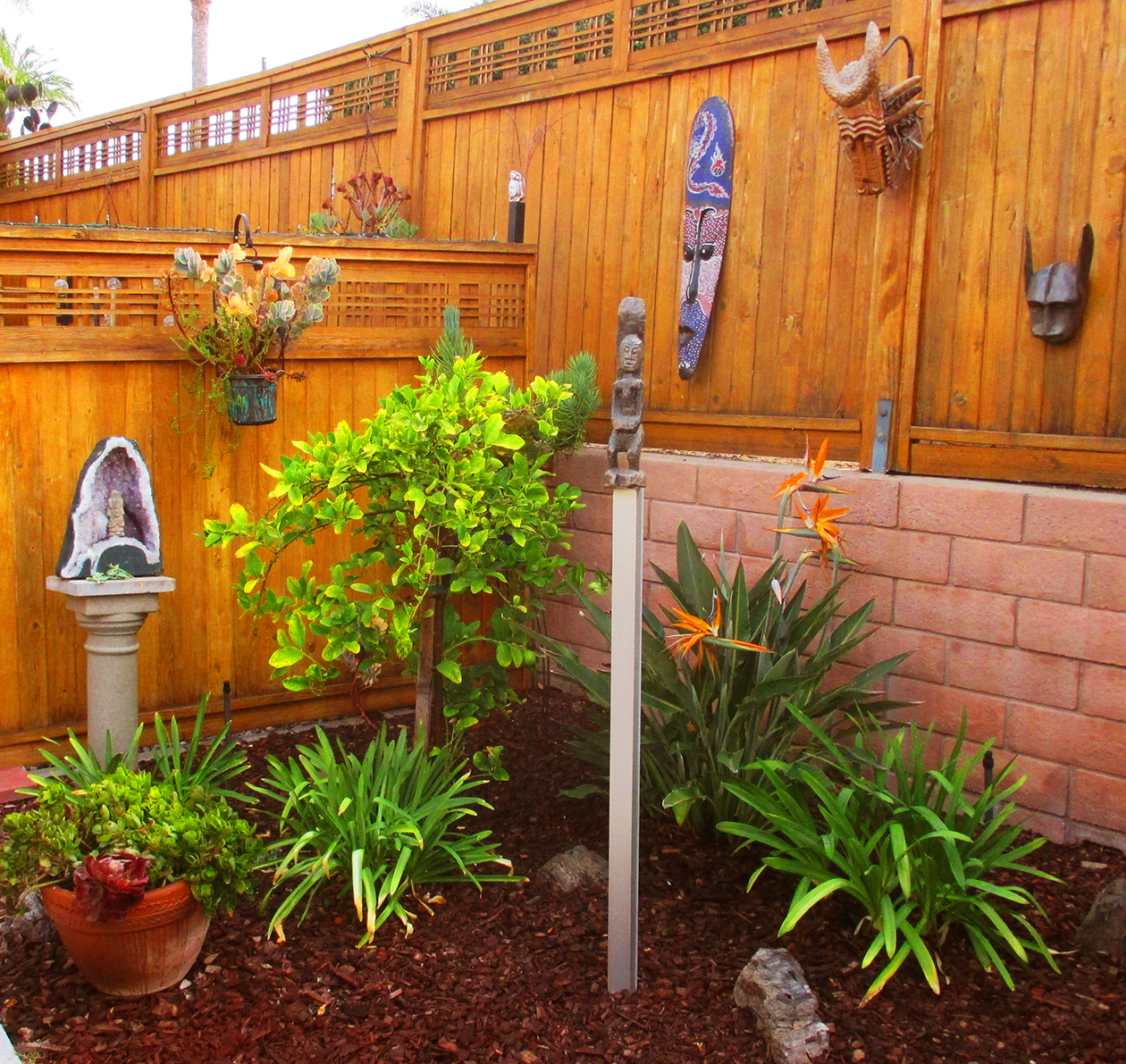 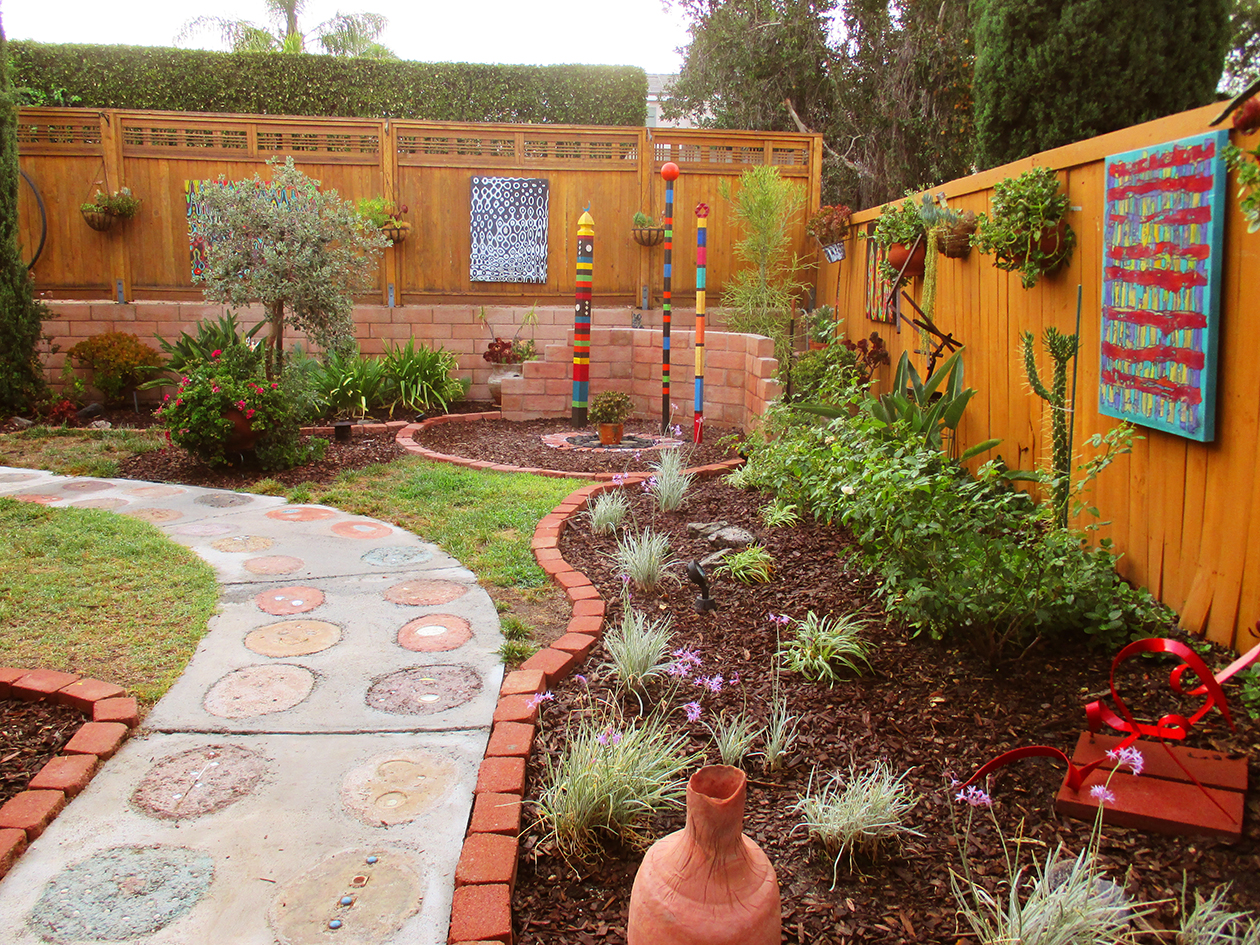 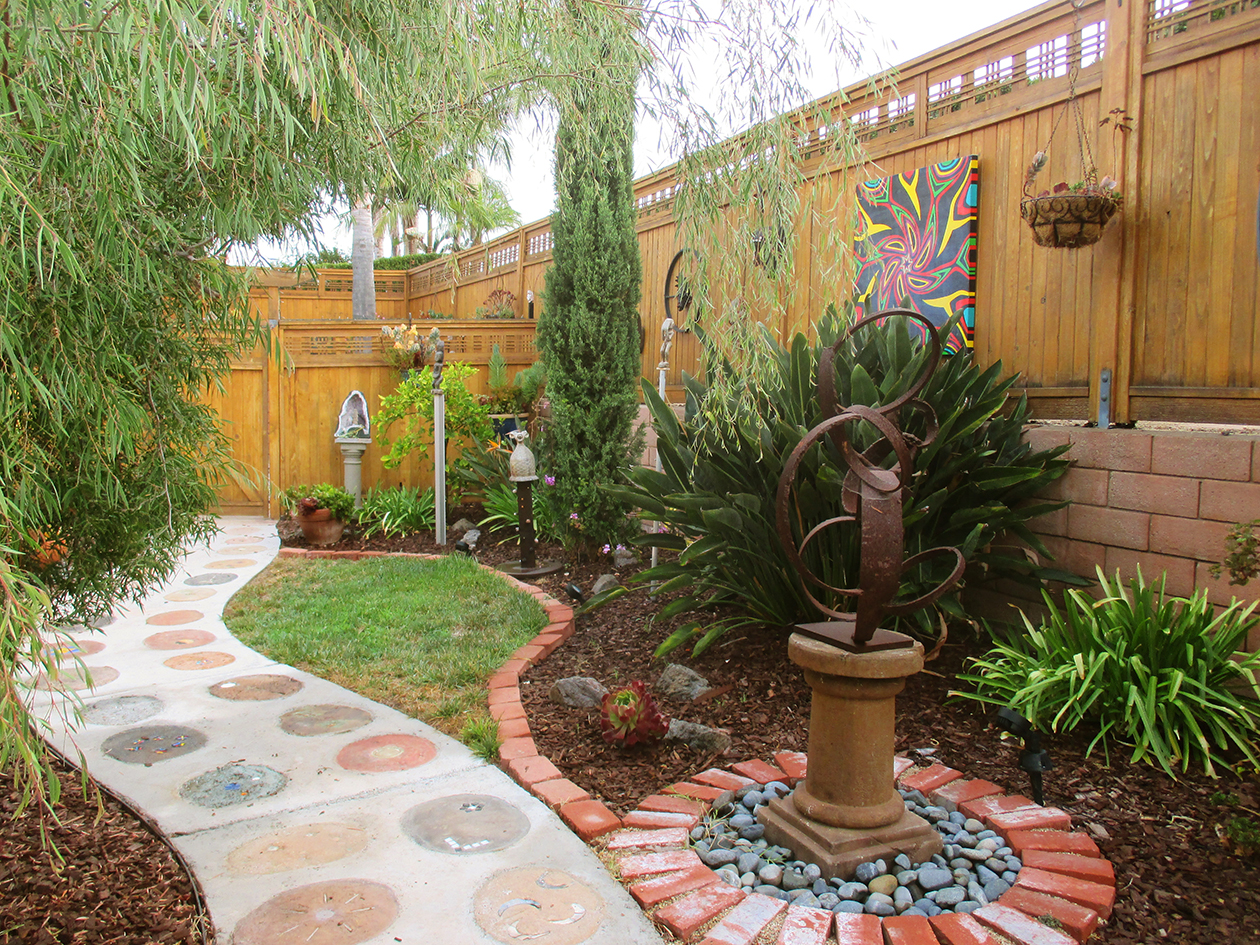 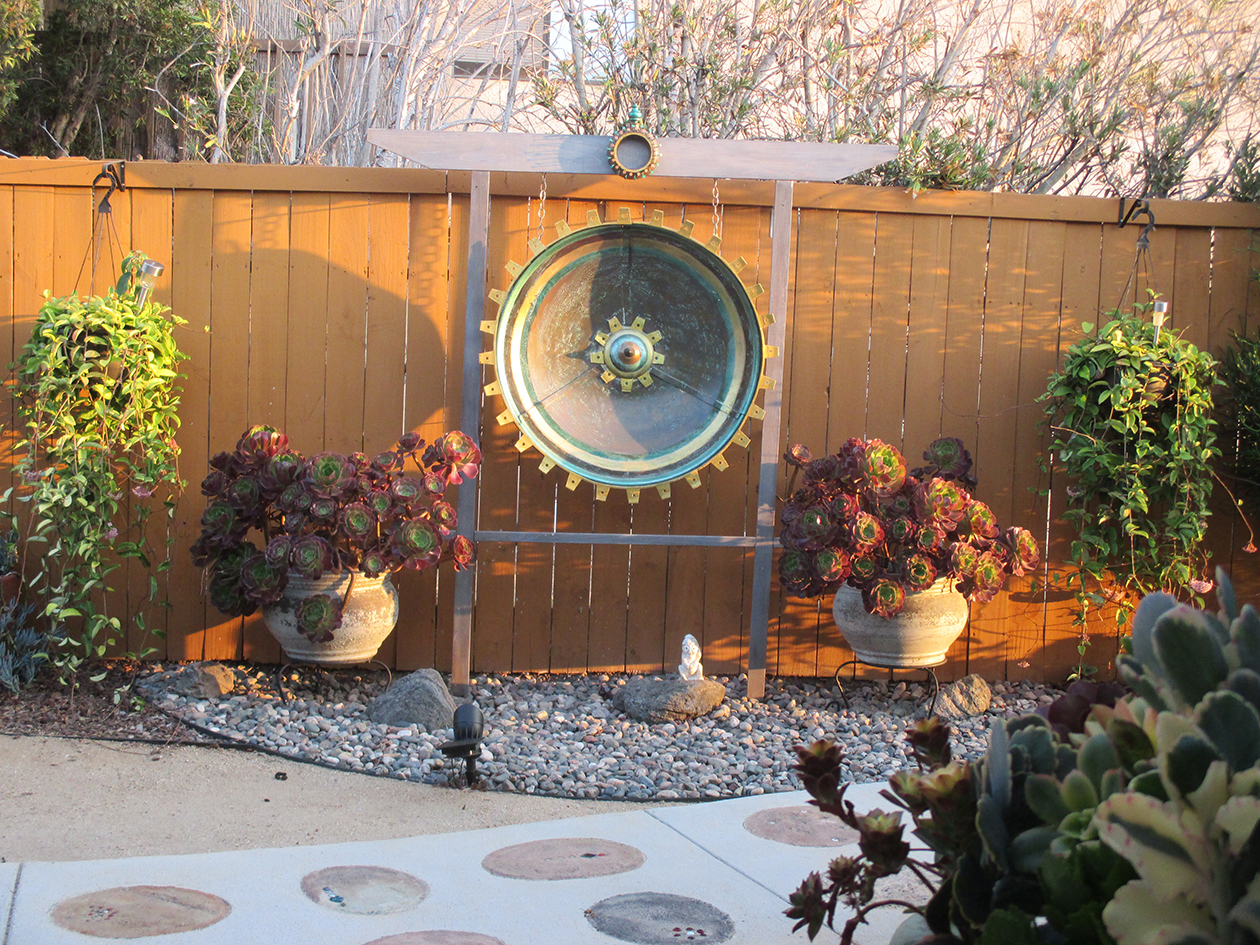 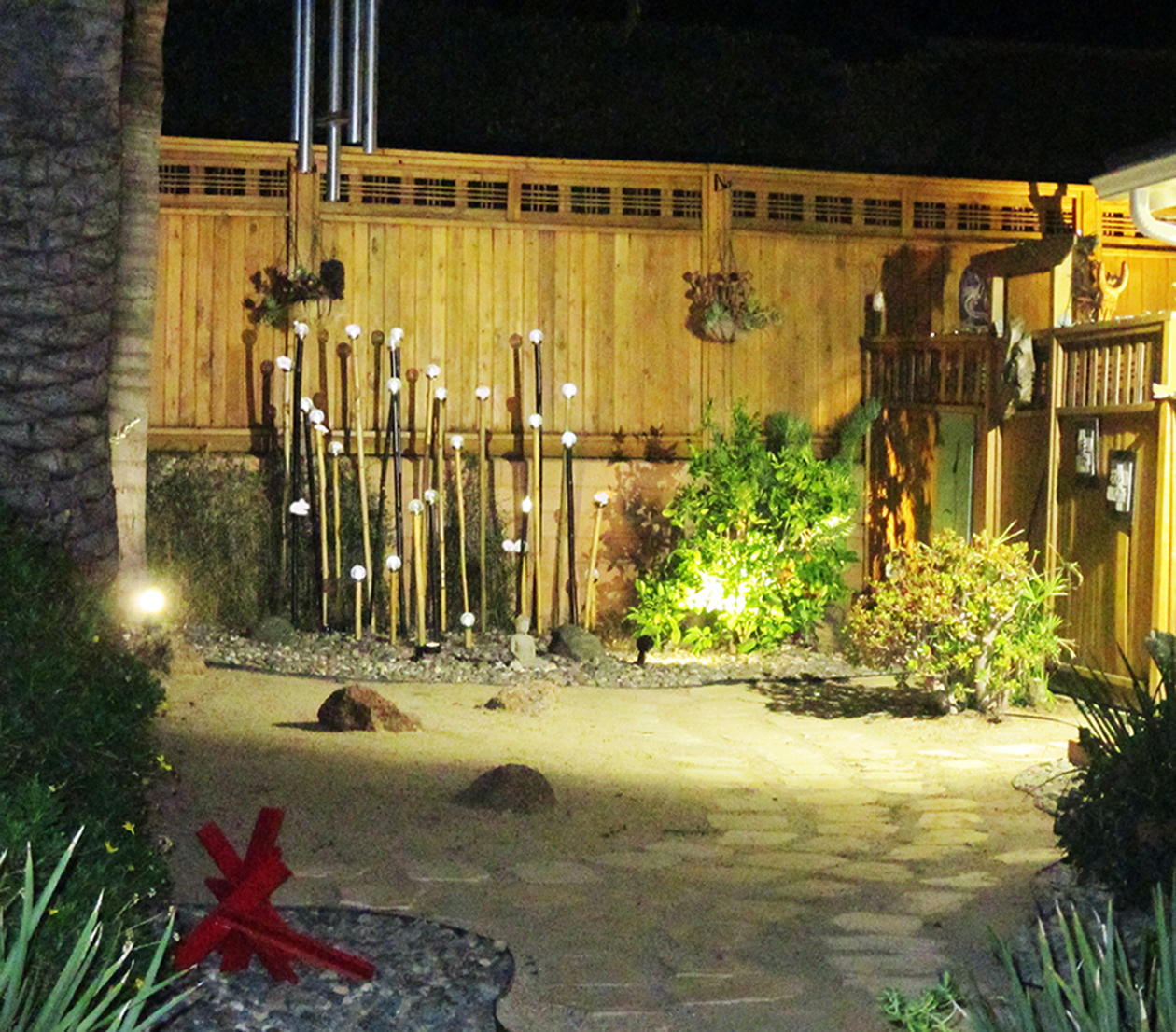 COMMENTS.  The comment feature has been turned off due to massive amounts of Robo-Spam.  However, please send any comments to my personal email address or to the following address at G mail;